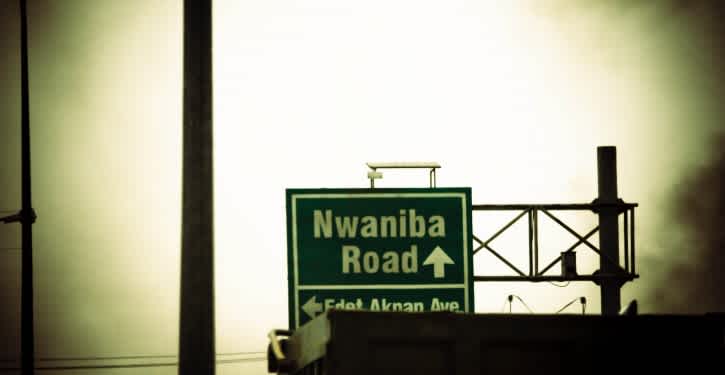 The state’s population consists mainly of Ibibio peoples who raise yams, rice, cowpeas, corn (maize), and cassava for subsistence and oil palms and cocoa as cash crops. Poultry, pigs, sheep, goats, and rabbits are raised. Shrimping along the coast and deep-sea fishing are also economically important. The state’s mineral resources include lignite deposits and offshore oil fields. The inland city of Uyo is the state capital and is the site of a university (founded 1983). Other major communities include Opobo and Oron near the coast and Ikot-Ekpene inland. Oron is the site of a museum of ethnography, founded in 1959. The Oron–Ikot-Ekpene highway and the Cross River are major arteries of transportation. Area 2,734 square miles (7,081 square km). Pop. (2006) 3,920,208.

Akwa Ibom State, Nigeria’s 21st State, which goes by the sobriquet “Land of Promise” is a product of the dream of our forebears. The dream translated to a prolonged and sustained struggle by the “Mainland” people of former Cross River State for a distinct political entity. The struggle dates back to 1928 following the formation and inauguration of the Ibibio Union, a foremost Socio-Cultural organization that served as a rallying point and unifying platform for the people of the “Mainland” part of the state.

The transformation of the Union in 1948 from a mere cultural association to a meaningful institution which promoted and championed the course of state creation in Nigeria, quickened the process of the creation of what is today known as Akwa Ibom State. When twelve states were created in 1967 by then administration of General Yakubu Gowon, the South Eastern State of which the present Akwa Ibom State formed part was created. In 1977, South Eastern State was renamed Cross River State by late General Murtala Mohammed administration.

The change in name did not satisfy the people. The struggle continued. After the collapse of the 2nd Republic in 1983, a memorandum demanding creation of Akwa Ibom State was submitted to the General Buhari Military Administration by the Paramount Rulers from the six local government areas of the ‘Mainland’ part of the former Cross River State. This, again, was unsuccessful.

In 1986, the administration of General Ibrahim Babangida (Rtd) set up a political Bureau to define the future political direction of the Country. This presented an opportunity for the memorandum to be re-submitted and on September 23, 1987 the dream of our forebears was actualized as Akwa Ibom State was created, after six decades of quest for political and social emancipation.

The Akwa Ibom people have lived in the Cross River area of modern day Nigeria for several hundred years, and while written information about them only exists in colonial records from the late 19th century on, oral traditions have them in the region much earlier than this.

With common ancestors, they have common tribes of the Ibibio, Annang, Oron, Ekid, Ibeno and Andoni with combined population of over ten million, (Noah, 1928-1937). Akwa Ibom is located in Southeastern Nigeria also known as Coastal Southeastern Nigeria. Prior to the existence of Nigeria as a nation, Akwa Ibom people were self-governed. They became were part of Eastern Nigeria under British colonial rule. During the Nigerian Civil War, the Eastern region was split into three states. South Eastern State of Nigeria was where the Ibibio were located, one of the original twelve states of Nigeria, after Nigerian independence. The Efik, Anaang, Oron, Eket and their brothers and sisters of the Ogoja District, were also in the Southeastern State. Southwestern Cameroon was a part of present Cross River State and Akwa Ibom State of Nigeria. During the then Eastern Region of Nigeria it got partitioned into Cameroon in a 1961 plebiscite. This resulted in the Ibibio, Efik, and Annang being divided between Nigeria and Cameroon.

Language similarities exist among the ethnic groups and they readily express similar customs. It is believed that a common heritage exists among the various ethnic groups hence the prevalence of customary solidarity among them. Akwa Ibom State is made up of a homogenous group of people believed to have originated from a single ancestral stock. (en.wikipedia.org/wiki/Ibibio_ people). So what is now Cross River state was part of the former Eastern region until 1967, when it became South-Eastern state and renamed Cross River state in 1976.

In 1967, the struggle for state creation by the Ibibio State Union yielded fruit in the creation of states in Nigeria by the General Yakubu Gowon administration. The South Eastern State, of which the present day Akwa Ibom formed a part, was one of those states. During the General Murtala Muhammed administration, seven additional states were created in 1976. The South Eastern State was then re-named Cross River State. The change in name, however, did not assuage the agitation of the people. The struggle continued. After the collapse of the Second Republic in 1983, a memorandum demanding the creation of Akwa Ibom State was submitted to the General Buhari Military administration by Paramount Rulers from six local government areas of the “Mainland” part of the former Cross River State. Still, nothing happened.

When the Political Bureau set up in 1986 by the Federal Military Government of General Ibrahim Babanginda called for memoranda from the public on how Nigeria could be governed, the people once again, seized the opportunity to resubmit their memorandum for the creation of Akwa Ibom State. On September 23, 1987 with the promulgation of Degree 24 of that year by the then military President, Commander-in-Chief of the Armed Forces of the Federal Republic of Nigeria, General Ibrahim Badamasi Babangida, the southwestern state of Cross River state was created as a new state called Akwa Ibom State. Thus, Akwa Ibom was created by combining the Uyo, Ikot Ekpene, Eket and Abak divisions of old Calabar province.

The creation of Akwa Ibom State marked the climax of a long and sustained struggle for a separate state by the people from this part of the former Cross River State described then as “Mainland”. By all accounts and considerations, the creation of Akwa Ibom State has been a dream come true and the yearnings of people fulfilled. Its people have continued to cherish the euphoria which greeted that first proclamation. And since then, they have risen to the challenges attendant upon their new political identity, embarking vigorously on capital projects as encapsulated in the Governor Godswill Akpbio administration to ensure a prosperous state and a ‘Land of Promise’ which will serve as a model in Nigeria. According to Nigeria’s 2006 census Akwa Ibom is home to about 5 million people, a density of 466 people per square km, 3% of Nigeria’s population of 36 states.