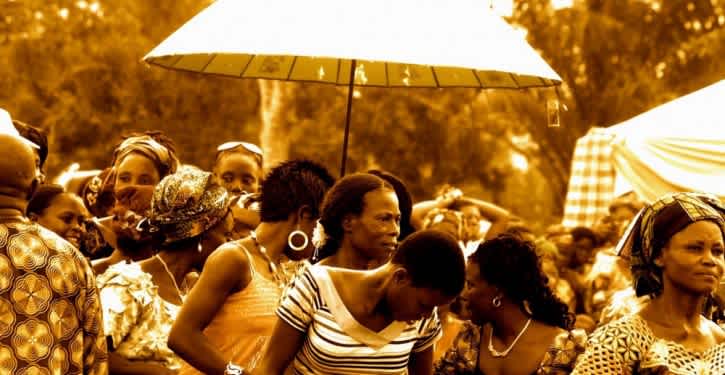 THE HISTORY AND CULTURE OF AKWA IBOM PEOPLE by Ediomo Udofia

Akwa Ibom is a state in Nigeria located in the coastal Southern part of the country, with a total of 31 LGAs and Uyo as the capital. Approximately, it lies between latitudes 4°32′ and 5°53′ North, and longitudes 7°25′ and 8°25′ East. The state is bordered on the east by Cross River State, on the west by Rivers State and Abia State, and on the south by the Atlantic ocean. It has a land mass of about 8, 412 km2 and encounters wet and dry seasons just as every other state in the country does. It has a population of about 3. million people. Though comparatively small in land mass, it is rich in a couple of mineral resources such as; crude oil, natural gas, limestone, gold, salt, coal, silver, to mention but just a few.

The Myth of Origin The myth of origin began a couple of decades ago. Then the collective yearnings and expectation of Akwa Ibom people for a state of their own had been long and persistent. Buoyed by the justness of their cause, the people persisted until their erstwhile dream became a reality when on September 23, 1987, Akwa Ibom State came into being as Nigeria’s 21st State, out of the former Cross River State.

Despite the claim of homogeneity, no central government existed among the people of what is now Akwa Ibom State prior to the British invasion in 1904. Instead, the Annang, Eket, Efik, Ibibio, Oron and Ibeno were all autonomous groups. The Efiks were the first to establish contact with the outside world, trading with the Europeans as early as the 17th century. Scottish missionaries arrived in Calabar in 1848. The British did not firmly establish control until 1904.

In that year, the Enyong Division was created encompassing the area of the current state of Akwa Ibom, with the headquarters at Ikot Ekpene, an Annang town described by the noted Africanist Kaanan Nair, as the cultural and political capital of Annang and Ibibio. The creation of Enyong Division, for the first time allowed the numerous ethnic groups to come together. This further provided a venue for the creation of the Ibibio Welfare Union, later renamed Ibibio State Union. Though the social organization was first organized as an improvement union and a forum for the educated groups who were shut out from he colonial administration in 1929, some historians have wrongly pointed to the union to buttress their argument on the homogeneity of the groups in the area. Despite Ikot Ekpene being bigger and more developed, when Akwa Ibom state was created in 1987, Uyo was chosen as the state capital in order to spread development as much as possible.

Culture is a shared, learned, symbolic system of values, beliefs and attitudes that shapes and influences perception and behavior. The process of learning one’s culture is called enculturation.

Culture is shared by the members of a society because there is no culture of one. It is patterned because people in a society live and think in ways that form definite patterns. It is mutually constructed through a constant process of social interaction. Culture, language and thought are based on symbols and symbolic meanings. It is arbitrary, not based on natural laws, external to humans, but created by humans according to the whims of the society. Akwa Ibom is often described as a uni-cultural state where ethics, mores, taboos, customs and traditions are the same all through the state.

The cultural similarities tend to bind the people together especially in such areas as menus, dressing, dances, songs, rituals, folklores, beliefs and myths. Almost all aspect of its culture has provided fascinating experience for tourists and for vast investment opportunities too. Language: This is a group of words, their pronunciation, and the methods of combining them used and understood by a community. Akwa Ibom State is multi-ethnic, it has Ibibio, Anang, Oron, Eket, Ibeno, Mbo etc. The Ibibios are the largest group, whilst the Annang which forms the second largest group, speak a language very similar to the Ibibio Language.

The Oro are a distinct ethnic group found in five of the state’s Local Government Areas. Ibeno and Eket speak a similar language, and are located at the ocean, contiguous to Oron. The Eastern Obolo and Ibeno groups along the Atlantic sea-board consider themselves Ijaw. The Ibibio language belongs to the Benue-Congo language family, which forms part of the Niger-Congo group of languages. The people are generally believed to have originated from one ancestral stock. The state has English as its official language and other native languages and dialects include; Ibibio, Annang, Oron, Ekid, Andoni, etc.

Another identity that represents one’s culture is food. A meal capable of representing one’s culture uniquely moves from its mere raw state to its method of preparation, occasions for which it is served and how it is served. Akwa Ibom State lies within the tropical rain forest zone, consequently, her traditional diet is dominated by vegetables, sea foods and domestic animals. Most of which are in season for a greater part of the year. Like every other African woman, Akwa Ibom woman spends about 30% to 40% of her working time on food preparation.

This is so because she derives pleasure in doing it, considering the importance of preparing a palatable meal for her family. Here is an array of common dishes of Akwabomites; Afang, Edikan Ikong, Brassas (Bitter leaf), Atama, Editan, Efere Otong, Efere Ikon, Afia Efere Ebot, Efere ndek-iyak, Efere etighe, Efere Ndese served with garri, pounded yam, fufu. Porridges include; Yam, Plantain, Maize, Cocoyam, Ekpang Nkukwo. The recipes of some are narrated below; Edikan Ikong This is a leafy spiced soup with rich variety of sea food and meat. It is made form a combination of pumpkin leaves and water leaves.

Other important ingredient are smoked fish, crayfish, pepper, salt, palm oil, maggi. Water is not required here. It is served with boiled yam, garri or foo-foo. Afang Soup This delicacy is made from shredded afang and water leaves. Other ingredients are smoked fish, meat, crayfish, salt pepper, maggi, palm oil with little water, stock fish. It could be served with foo-foo, garri and pounded yam. Abak Soup This is made from oil palm fruit and atama leaves. This delicacy needs a lot of condiment like smoked fish, meat, sea food like periwinkle, stockfish, etc.

Other ingredients are crayfish, maggi, pepper, salt. It could be served with boiled yam, plantain, fufu, pounded yam, garri or rice Ekpang Nkukwo This is made from cocoyam, water yam and cocoyam leaves. This local delicacy has attained national and international reputation. It requires other ingredients like crayfish, pepper, maggi, salt, fish, palm oil and periwinkle. Ukang Major ingredients are stockfish or smoked fish with plantain and oil palm. Afia Efere Ebot A combination of spices used for traditional ceremonies. Goat meat and smoked fish brings out the best from it.

Dance is a rhythmic movement of the body to music and it is another activity that depicts one’s identity. Our dance communicates, from the alluring traditional attire, to the music, to the rhythmic body movement. Some cultural plays of the Akwa Ibom People include; Ekpo, Abang, Ntok odio-odio, Mbok, Ebre, Ikara, Eka-ekong, Ekpo Akpara, Idiong, Itembe, Ekong, Akata, Eti Nkoriko, etc. Respect: Our people’s culture does uniquely contain a good degree of respect the younger ones give to the elderly ones. It is a typical African culture so it is no devoid of good greetings and respect for elders. Respect they say is reciprocal.

A typical Akwa Ibom indigene is respectful and peace loving. Despite contemporary innovations, and the adoption of the American way of approaching things, the issue of respect has not leaped an inch since the inception, and this is roughly the reason we encounter conflicts and wars less often. Marriage Rites: The Akwa Ibom marriage rite is greatly synonymous to any other tribe in Nigeria. Foremostly, the intending groom goes for an introduction in the house of the intending bride and he meets with the family and kinsmen of the bride. Here the man says his marriage intension to their daughter.

At the acceptance of the man, the bride’s kinsmen reschedules another meeting also known traditionally as ‘Nkong Udok’. The Nkong Udok is made a little ceremonial, here the man is told the lady’s bride price and a list of required items is given to the man and his kinsmen. At the man’s acceptance of the demands, he thereby proceeds to the purchase and delivery of the request on probably a latter date. As soon as all the demands are granted (sometimes one has to compromise) and both families are duly satisfied a proceeding is made for the traditional marriage arrangement.

That makes this inheritance pattern disputable. The registration process though done at the national level, the intending indigene makes his/her option in the state and L. G. A. selection.

Akwa Ibom has two predominant religions which are Christianity and traditional. Christianity is very much in practice compared with the traditional religion. It is also known as ‘the white man’s religion’, and it is a religion that is based on the teachings of Jesus Christ and the belief that He is the son of God.

Christianity tends to gain grounds more and more every passing day since the arrival of the early missionaries. Christianity centers its beliefs in the stories of the Holy Book called Bible. The bible teaches good human morals, dedication to God’s work and a lot more. Conversely, traditional religion tends to be abolished by the day. An epitome of an Akwa Ibom traditional religion includes; a native setting, a traditional priest and some sacrificial animals. Its doctrine chiefly contains ritual rights and highly abided taboos.

Government can be defined as an agency or machinery through which the will and policy of the state is formulated, expressed and implemented. To a lay man it is an act of governing or ruling. It is seen as an agency, system or organ of leading a people and maintaining a sound security, peace and progress. Akin to every state or community, the major criterion for ascendancy to leadership is that one must hail (by birth – most regarded) from the community. In Akwa Ibom State there are diverse leadership positions, from the gubernatorial position to the chairmanship position to the paramount rulers and village heads etc.

The system of leadership is hardly monarchy where the blood ascendant of the leader emerges the next leader. The system of governance experienced by the Akwa Ibom people is a type where the leaders are either elected or selected and such individuals cut across the entire community. Occupation: Akwa Ibom people are as industrious and resourceful as they are hospitable. They are predominant farmers. Other traditional occupations of the people are fishing, trading, hunting, wood-carving, raffia works, blacksmithing, pottery, iron works, tailoring, arts and crafts creations.

The alluring and peace loving state habitually known as ‘The Land of Promise’ is factually a promise land. At age 21, it is an achiever already with the aid of heroes both past and alive. From its cradle in the late 80’s till date it has always been peace loving, hospitable and war-free. Every single thing that identifies its culture from food to mode of dressing, to beliefs and values, to ascendancy to leadership speak good and modifies the people’s mentality every passing day.

The vibrant smile on an average Akwaibomite’s face tells you that Akwa Ibom State is the place to be in reality.