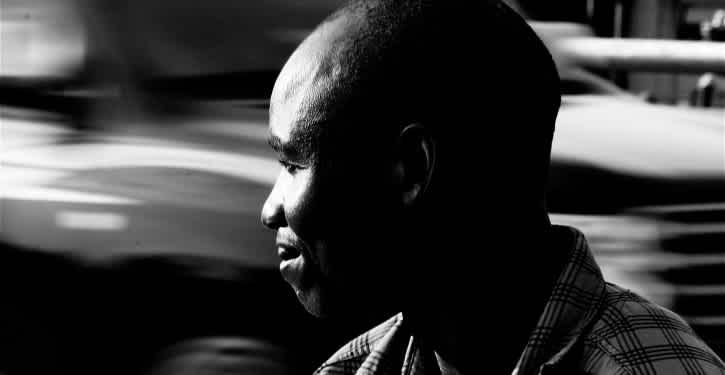 Like every child with catholic or very religious upbringing I had it up to my ears with the reputation advice. You had to protect your family’s reputation; you weren’t supposed to join the bad children because your reputation was meant to be all you had. You could practically make a good deal of money putting up your reputation in the stock market. It was imperative you lived up to it. The neighbors’ kids were always the rowdy lot. They did a lot of bad stuff like climbing mango trees, playing football after school, getting their uniforms so dirty and still wearing same back to school the next day. These little bad things were frowned upon because they were precursors to bigger bad things like getting the girl-next-door pregnant or breaking into the neighbor’s house.

The reputation theory gets so ingrained sometimes you begin to develop what I would call a ‘guilty complex’. A condition where you feel guilty whenever you have a good time doing something that may not be entirely reputable. I will allow the reader’s imagination to take over at this point. Back to the matter at hand, the song, sermon and lecture on reputation was a tool used by parents to keep their kids in line. To worsen issues, we had fairy tales and stories which overemphasized how the bad children always got their comeuppance in the end. The stories put fear in the gullible kids (I was one of them) and forced them to fight hard to stay on track. In later years, these same kids on coming off age either became nutcases or writers (sometimes the line is thin).

As the title of this piece proposes, reputation is nothing but a scam. The only people who get anything out of it are parents. Most parents like the idea of being the parent of the ‘good’ kids. To maintain this concept they would feed their children the whole crap about the importance of maintaining a good reputation – in reality theirs. In the real world, reputation doesn’t count for much unless you are an American politician with inkling for high class hookers or selling vacant senate seats. The bad kids of yesteryear apparently were just living out their childhood while a great majority of the good kids were suppressed. (Just for the record I was a natural good kid). I come across some of my friends who were considered bad news in their childhood but today are men (generic) of substance and with much better reputations than the ‘goody-two shoes’ friends we had back then.

The glaring proof that reputations don’t count for anything can be clearly seen in our polity. Politicians, who have stolen, maimed, killed and even been convicted get on with their normal lives. They contest and win elections despite everything. The hold their heads high up in society – something we were often told was not possible if you had a bad reputation. The rest of the world also seems to debunk the whole concept of good reputation. Celebrities make the tabloids every other day doing one stupid thing or the other and people still like them. Some celebrities are considered weird because there seems to be nothing fishy about their reputations. Even politicians out there get away with bad behavior consider Clinton (‘I did not have sexual relations with that woman’ – there’s the school of thought which claims the statement wasn’t a lie as he was talking about his wife and not Monica ). There’s 72 year old Berlusconi who likes them eighteen.

Reputation is a scam. If you already have it, you are in trouble because the rest of your life would be spent trying to protect it. If you don’t, I doubt that you are worrying so much about it. The bottom line, if you are not doing anything disreputable you don’t need to protect any reputation. To protect a reputation it means you are up to no good and trying to hide it from the rest of us. The thing is we don’t really give a hoot about it. It’s good for gist and jibe and to put up our nose in the air and feel good about how bad you are. Other than that, it doesn’t mean much…to me.